I intend to offer another Spring series of quilt workshops in 2019 at Talgai Hall, Llandygai, near Bangor, but haven’t yet finalised arrangements: they will appear on this website soon.

There has been a long gap since the last blog and a lot has happened:

In 2018 we moved house – a big move, not a great distance but a very big change in our lives and quite exciting.

Also during the year, as a member of Cwilt Cymru, my work was exhibited in a number of venues: Stockport Art Gallery, Macclesfield Silk Museum, Minerva Arts Centre in Llanidloes and Swansea Art Gallery, as part of Swansea Festival of Stitch. 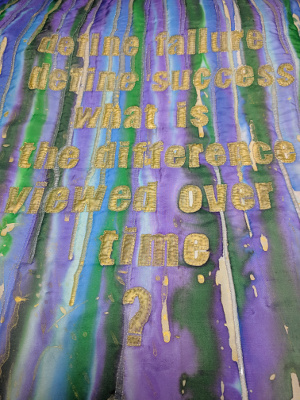 Following a slight ‘house-move’ induced gap, I have recently returned to working on two silk hangings which I have now begun to quilt. 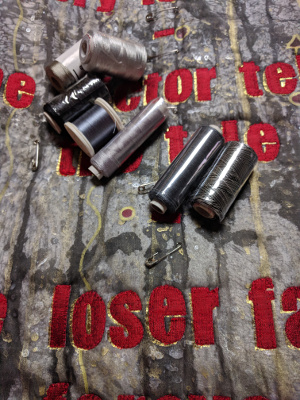 Before we moved, I also dyed three pieces of cotton fabric red, in preparation for a hanging based on the massacre of the Druids and Celts in their last stronghold, on the Isle of Anglesey. 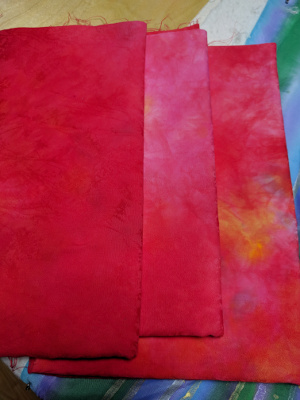 This hanging will form part of the travelling exhibition ‘Song of the Celts’ including work by Welsh, Scottish and Northern Irish Quilters. It follows the very popular exhibition, ‘Spirit of the Celts’, which was shown in galleries in Wales, Scotland, Northern Ireland and France; it also had a gallery in Festival of Quilts at the NEC in Birmingham.

HAPPY NEW YEAR to everyone and here’s to lots of creativity in 2019.