Thursday 12th was the last class before Christmas for my Intermediate/Advanced class, so, in time honoured fashion, everyone who could make it brought a contribution to the midday meal. It’s a pleasant way to end the term and we took the opportunity to toast ‘the New Year, sewing and ourselves!’ (in apple/raspberry juice and carbonated water since we were all driving home). 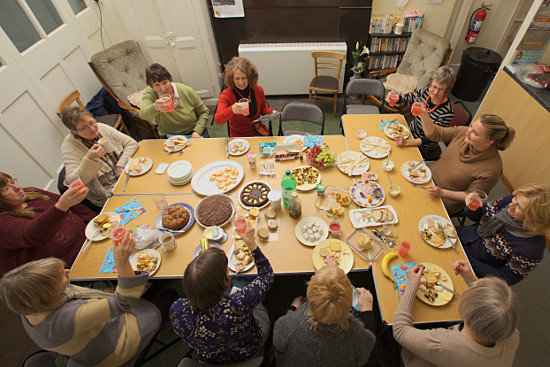 Thank you to everyone for the lovely food you brought in … 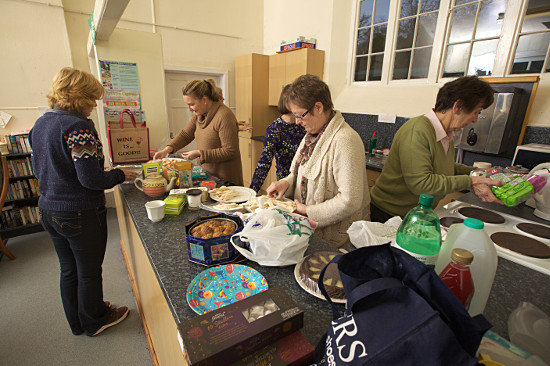 I have an apology too – Sally, I can’t believe we allowed you to take your beautiful ‘coffee cake’ home without even tasting it! We were supposed to have it with our cuppa in the afternoon, but everyone was too busy to stop for a drink: we missed out!

This year is mostly about finishing off work which otherwise was beginning to pile up for everyone. It can be dispiriting to have too many pieces ‘on the go’ and be faced with yet another project before anything is completed, so this year is dedicated to reducing the pile of UFOs (unfinished objects).

Next September I won’t be so lenient – we will be working on ‘Textures’, using lots of different techniques, some traditional and some contemporary/experimental. I hope everyone will find something to suit them and which they will want to take further.

In two of the photos you can see bed quilts made by Karen and Sally: they are both working from the same basic layout, but, as you can see, their pieces are totally different. 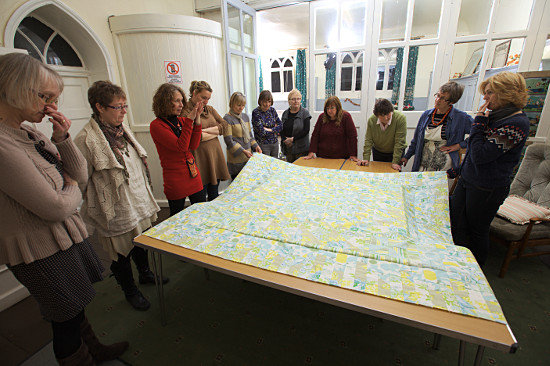 Karen has made a fresh Spring-like quilt top by choosing gentle, light colours and has used fairly traditional piecing methods. 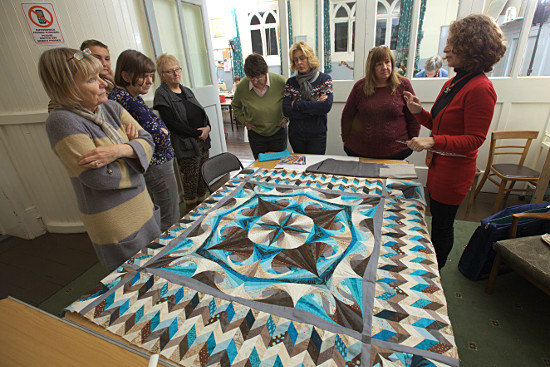 The focal areas on Sally’s quilt are foundation pieced and she has really pushed the technique to dramatic affect. It is always a delight to me to see where people take an idea, putting their own personal stamp on what they create. It’s also great for the group to see each other’s work and share ideas. 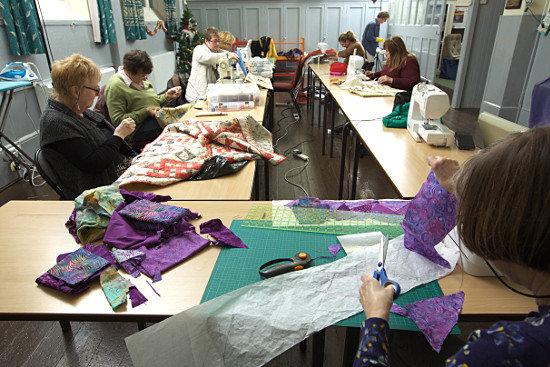 Despite the fact that this was the end of term, everyone was determined to get on with their work but the question is – will anyone manage to get any further on despite the demands of the Christmas break?

Merry Christmas and a Happy New Year to everyone – keep sewing!.