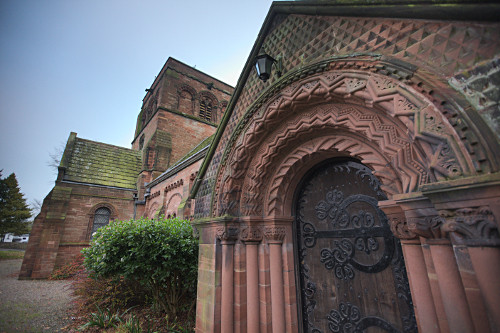 On Saturday 29th November I was the Speaker at the Wirral and West Cheshire Area Day.

The village where the meeting was held is very special – it gets a mention in the Doomsday Book and received its name in the reign of Edward the Second (1284 – 1327) when a Thorneton married a Hoghe: but it’s personality really began to develop when Joeph Hirst, a Yorkshire mill-owner, decided to develop a small ‘model village’ there. 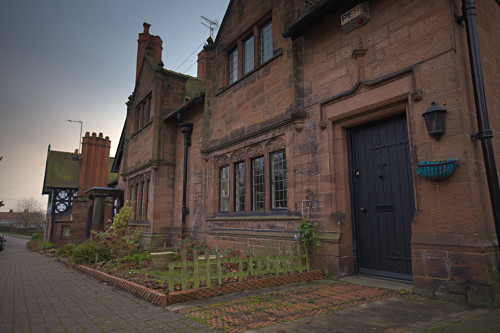 The work was continued by William Lever, of Port Sunlight fame, who developed the village to house family, estate workers and company staff. It is built on an Elizabethan theme with red stone and black and white half timbered houses which are built round a large village green.

The hall used for the meeting was spacious with a separate ‘cafe’ area and was ideally suited to giving a talk in the morning and a mini-workshop in the afternoon.

I had a lovely welcome from the group, led by Fiona, and the talk was warmly received, with lots of interesting questions at the end – what a lovely audience. Fiona gave Daf and I a really good lunch – thank you, Fiona. 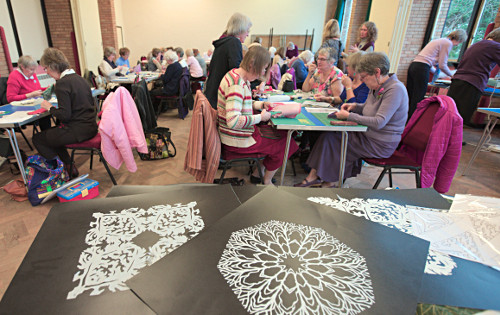 In the afternoon I taught ‘Folded Paper Applique’ – in which no paper is folded! – a method I came up with based on the doilies or rows of figures holding hands I used to cut out of folded paper as a child: that was where the ‘folded paper’ bit of the title came from – see! 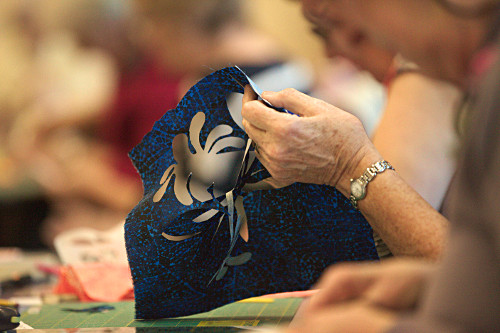 Everyone worked really conscientiously and by the end of the afternoon lots of pieces were fixed to their backing fabrics ready for layering and and quilting at home. 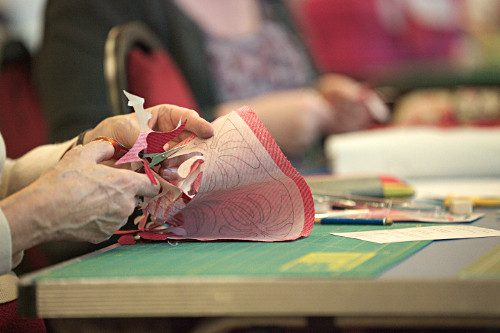 I always love to see how everyone’s work develops its own personality through different colour/pattern combinations. A few people worked with the basic design at an ‘unintended angle’ (there’s no such thing as a mistake!) and the results were great: experiment, you never know what the results will be. 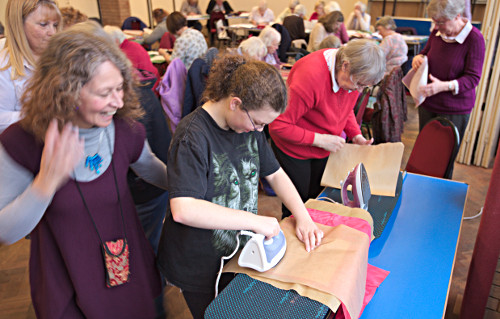 I had a really enjoyable day and I hope everyone else did too.

Thanks to you all and especially to Fiona for inviting me along. Good luck to the two ladies who are taking over from her. And thank you very much to Dot Sherlock for the Geckos!